It is with great sadness that we have to record that Roger Turff, one of the founders of Harding’s Pits Doorstep Green has died at the age of 77.

Without Roger and the recruits he called the ‘Harding’s Fensibles’ the Pits would be just a few acres of brown scrubland dotted about with brambles and muddy, scuddy streaks of grass-trodden paths all overlying what was one of Lynn’s rubbish dumps.

That is how it was when this large area of open space, the only green place beside the river within the town was destined to be zoned for commercial development and would disappear under tarmac. 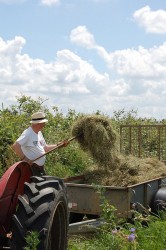 He passionately believed that, as the only green space where those living in the centre of Lynn, the Friars and South Lynn could enjoy something of the countryside, it was imperative it should remain unspoilt as it had done for generations.   So when pressure from a few individuals — he wasn’t a natural campaigner — brought him into the fray he didn’t resist.

It wasn’t going to be easy.   To the dispassionate eye, it was an eyesore: literally the pits.   To the tidy municipal mind it needed to be cleared and made ‘nice’ and it would also provide a site for commercial development for the then, local plan, which was being compiled.   You cannot blame the borough for thinking that way. Nobody used it. Nobody wanted it.   Nobody cared for it.   A supermarket would brighten the landscape.   It would be a shining commercial beacon.   It would bring life to a piece of unwanted stretch of waste.

But for generations it had been used and enjoyed.   It didn’t simply provide a short cut to and from town for workers, mums, children and sweaty grubby youth.   On disco nights young swains escorted girls with whom they had formed an alliance.   On schooldays children walked to school and home across its breadth.   People crossed it on their way to work and then home.   In between they walked their dogs and took time to think about things.   In autumn the blackberry bushes were stripped bare by those who love jam and crumble alike.It was — and thanks to Roger and the fensibles remains — a walk wherein no business intrudes.   No cars, no emails, no ‘could you please?’, nor ‘would you just?’.   No shimmering adverts nor decisions calling for an answer.   A ten minute walk where plants change with the seasons, a host of birds fly, swoop and call above the brambles, trees, flowers and grasses.   Occasionally, if you are lucky, there’s sight of a Muntjak, an unaware slow-worm may slither across your path or baby toad will flick on its determined migration to water.   There are shimmering dragon-flies and damsel-flies, butterflies of every shade.

Between the busyness of being at home and the business of being elsewhere it is a haven, a reset-all-settings walk.

So, seeing the gleam in the supermarket operators’ eye Linnets, as one, rose up in defiance.   Support came from every age and socio-economic group, from within and without the town and far away; cheques came from the wealthy and influential, a few postage stamps in an envelope from the pensioner who ‘can’t afford much, but wants to help’.
Debate raged; Roger — as the public face of the campaign — was vilified in every way possible.   But applauded far more and, crucially, backed by those who had much to lose.   In particular Paul Richards, then ward councillor for the area, went against his peers.

The Civic Society took an advertisement in local papers explaining why they opposed any development other groups and organisations brought pressure to bear.   The Fensibles stood firm.

Finally the planning inspector decreed that the area, though suitable for some development, should not be given over to one huge outfit.

Therefore a supermarket was out. For that the borough opted for an alternative site near the station — now Morrisons and Matalan — and gave the public what it wanted.

In tandem the government launched Doorstep Greens, a scheme for built-up areas to provide, literally, a green space on the doorstep.   It had to be a community initiative and so Roger and his Fensibles were asked by the borough to apply.   The Harding’s Pits Community Association (HPCA) was formed and Harding’s Pits Doorstep Green became a reality.   At 5.5 acres it is one of the largest in the country.

Long discussions with locals established that The Pits should remain managed but unchanged, no-one wanted yet another municipal park. A few firm paths to facilitate walking, some wildlife habitat, perhaps a seat or two, that was the consensus.   Above all those blackberries were to remain.

Rick Morrish drew up the plans, the JCBs moved on site and volunteers came to clear skip after skip of the rubbish, which lay just beneath the surface.   Big machines carved out the paths and constructed the long slope to the lookout where views of the river and the Wash are to be had, and where the great whale, symbol of the HPDG would later be placed.   A wild-flower meadow and a grass common were sown.

Volunteers continue to manage the green.   Each month they meet to mow, collect and pile grass, prune trees and sow seeds and maintain and repair equipment.   A rota of litter pickers ensures that it is kept as free of detritus as the uncaring will allow.

Through it all Roger gave unstinting time and care: delighting in the glorious landscape and wildlife, despairing when its trees were trashed or burnt — but never, ever giving up.

The week before he went into hospital he took a last, gentle tour.   Saw that the trees he had planted in the autumn were flourishing, sat on the seats in the sunshine, contemplated all that had been achieved — and made plans for the summer.

Since his death he has been titled Mr Harding’s Pits by many and undoubtedly the green is his legacy — although he would always insist that none of it would have happened without the host of people who had worked alongside him.

His contribution was incalculable, his absence will be greatly felt.

The best tribute we could give him is to carry on where he left off, keep The Pits managed and a legacy for future generations and do as he asked:

“Leave only footprints
Take only photographs
Kill only time.”

Rest in peace Roger Turff, for Harding’s Pits is your turf. 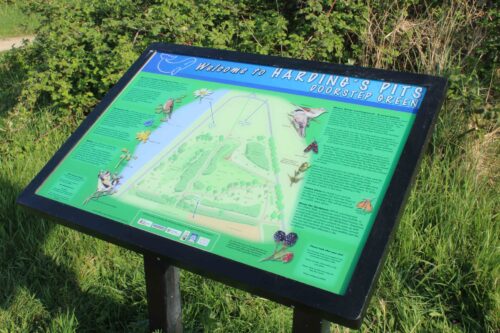 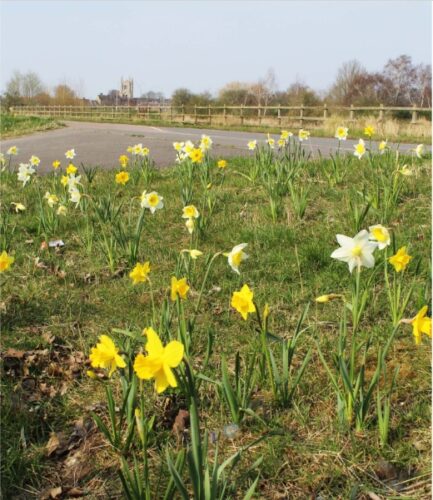 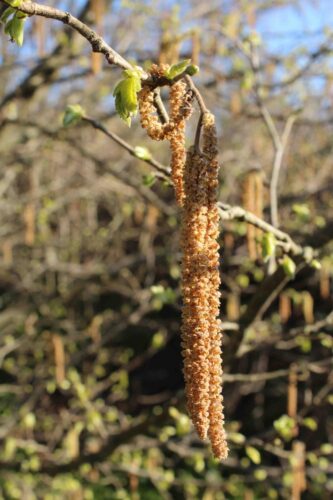 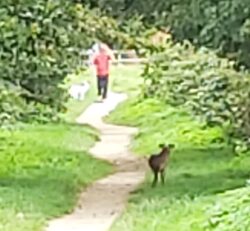 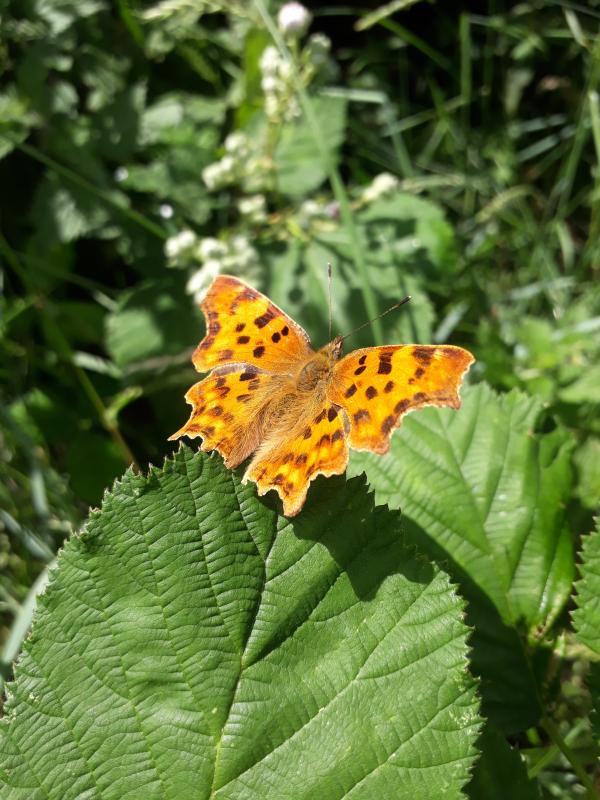 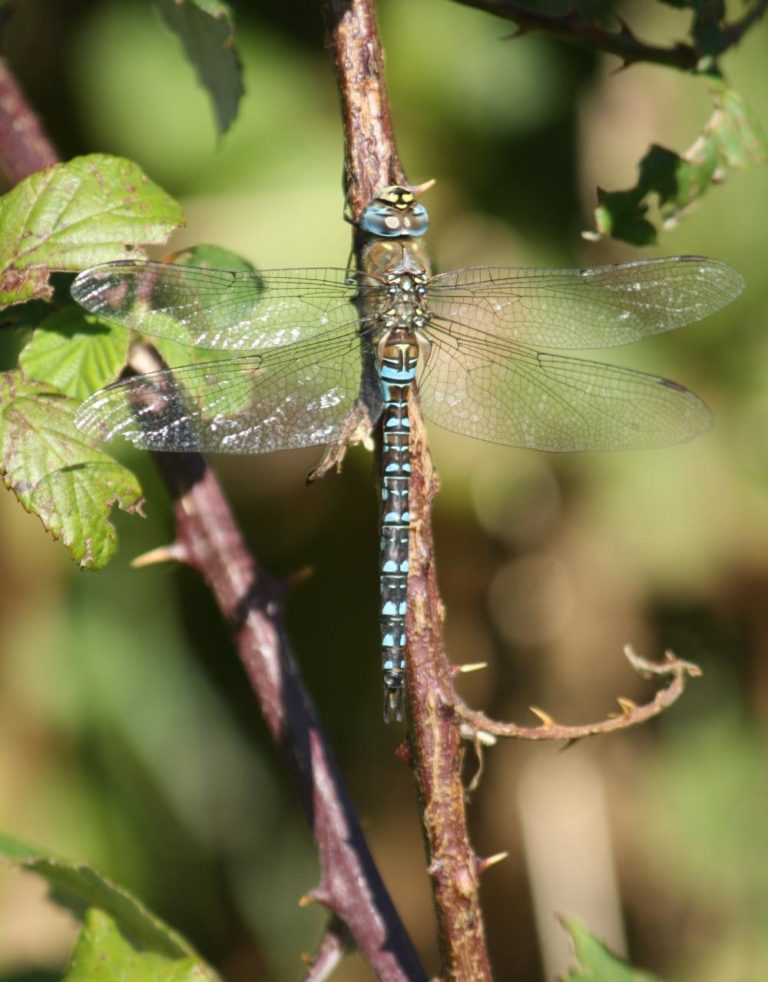 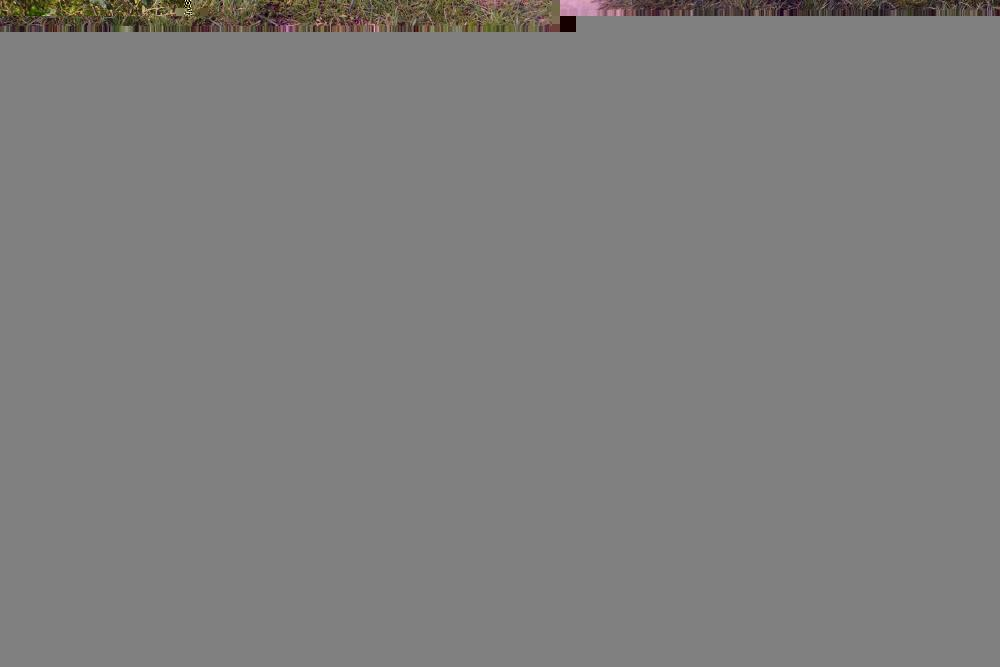 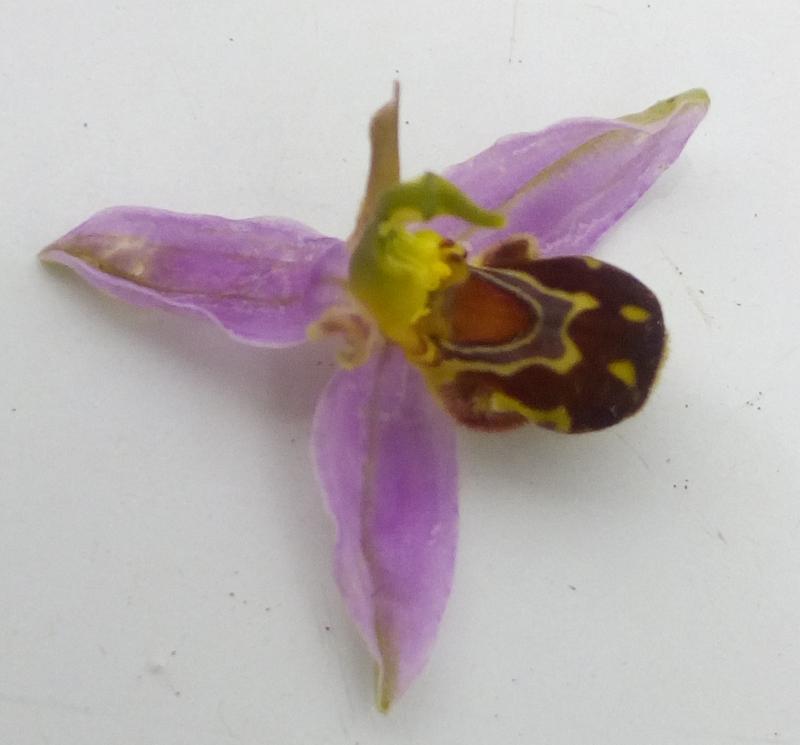 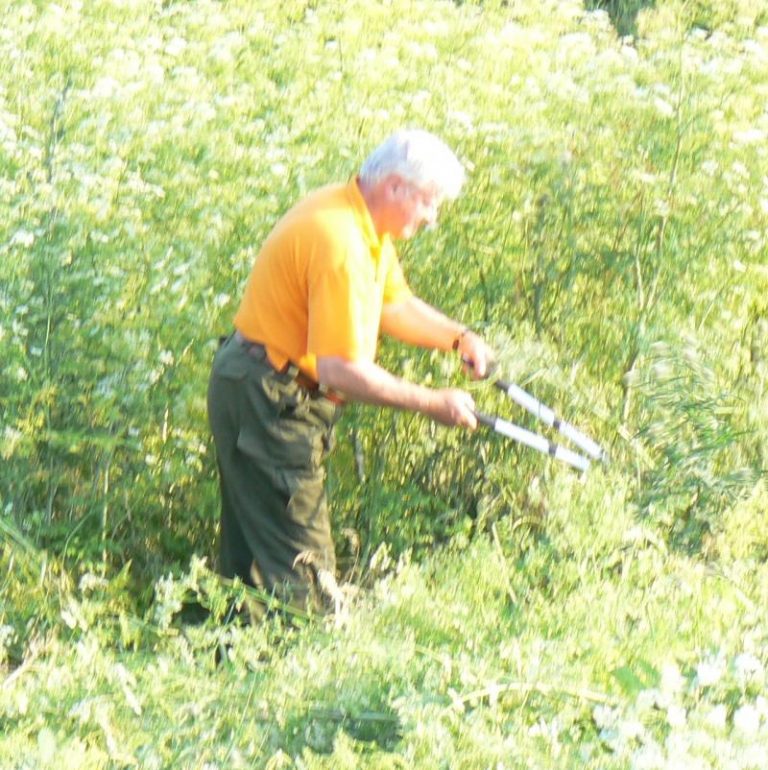 
Saturday 16th July
Saturday 13th August
Saturday 10th September
Saturday 8th October
Saturday 5th November
All dates are on a Saturday starting at 9:30am, with lunch at around 12:30pm. We are however somewhat weather dependent — so if it is forecast to be very hot we might start early, and if it is forecast to be stormy we may cancel. Do check the website. Coffee & tea available all day. We meet at our storage site straight over the green from the sluice, to the bottom of the ramp leading to the play area, and immediately over on the right.
See Workdays page for more information.